A Look at Best Practices for Writing Briefs 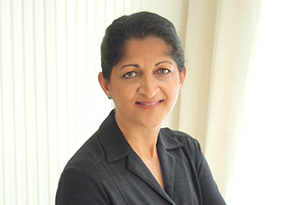 PLG Partner Ayesha N. Khan’s practice focuses on appellate litigation in state and federal courts nationwide. She  writes a monthly column for The Daily Record, Maryland’s statewide business and legal newspaper, covering practical issues relevant to trial and appellate litigators. Her most recent column is reprinted here. Ms. Khan can be reached at akhan@potomaclaw.com or 202-836-7136.

Writing is a lawyer’s stock in trade. Poor syntax, ambiguous terms, and grammatical errors can sabotage a contract, a last will and testament, or a legal brief. As an appellate litigator, I am especially compulsive about ensuring that my writing is both clear and precise. I also try to file briefs that respect judges’ views on formatting conventions and other issues about which reasonable people can disagree. I need to take advantage of every tool in a litigators’ kit.

Several years ago, when I was a deputy chief in the appellate section of the Civil Rights Division at the U.S. Department of Justice, I had the good fortune of attending a legal writing seminar presented by Legal Writing Pro’s Ross Guberman, whose advice is informed by a survey of thousands of judges of all stripes — state and federal, trial court and appellate — about a host of writing-related issues.

What the judges had to say is relevant not just to appellate lawyers, but to all litigators — and much of it is easy to implement:

There you have it: with a few simple tweaks, you can transform your briefs into documents that judges will actually enjoy reading. Okay, maybe that’s an overstatement, because there’s a lot more to writing than what appears on the surface. But some of the judges’ other preferences— regarding persuasive strategies and the use of case law, for example — are more challenging to implement. I will address those (and other) issues in future columns in the Daily Record, so please stay tuned!

Read this article on the Daily Record